First impression which you get when you put on Pimax Vision 8k Plus - wow, now this is a good Pimax headset that can be recommended. And indeed it has multiple improvements that make it a much desired device, compared to my Pimax 5k Plus that I got from Kickstarter last year.

It is impressive how much difference the decent face mask makes. Buying 8k+ you will be getting something called a Comfort Kit (which can be purchased separately for mere $49.95 from Pimax themselves). It includes a thicker face mask with wider forehead area, and better nose cover, so there is less light coming from the nose hole. What is important for me, that the new mask moves the headset a few mm away from the face, which significantly reduces distortion that I could see on the edges of those massive lenses. New face mask also allowed me to play longer sessions without any discomfort. I should note though, the headset is still coming with a soft strap, but it is now bearable. Soft strap was updated a bit, slightly changing shape and losing quite convenient velcro straps that allowed attaching cable and putting behind your head. Now you have to tape it yourself.

Then there is plastic quality. If you have ever held a Pimax headset from last year, you know that plastic was feeling cheap. Like Chinese toys from the 90s cheap. It also had this weird chemical factory smell from when you opened the box. Now, plastic feels smooth, quality is comparable to HTC headsets, and there is no smell. Impressive.

One more thing worth noting about hte comfort, 8k+ has two 3.5 mm audio jacks on each side, a great solution that was first introduced in VR headsets in Oculus Quest. You can use either of the ports, although I don’t know if you can use them simultaneously for separate earbuds.

But main magic starts when you connect the headset and put it on - there is ultimately no screen door visible on these massive 4K screens. If you focus on the screen door, you can see it (it’s no Varjo), but normally I wouldn notice it at all. Finally, devices with actual 4K per eye resolution. Well, not really. Even though panels in this headset are 3840 by 2160 pixels per eye, the renderer on your PC will produce an image in 1440p resolution, almost twice as small. Then the image is upscaled to 4k and displayed in the headset. It is done for a specific purpose - 8k+ is not positioned as top of the line Pimax headset, and Pimax wants users with not so powerful PCs to be able to run it on decent framerate. In fact because of that rendering resolution Pimax even allows to run these panels at 110 Hz in experimental mode. 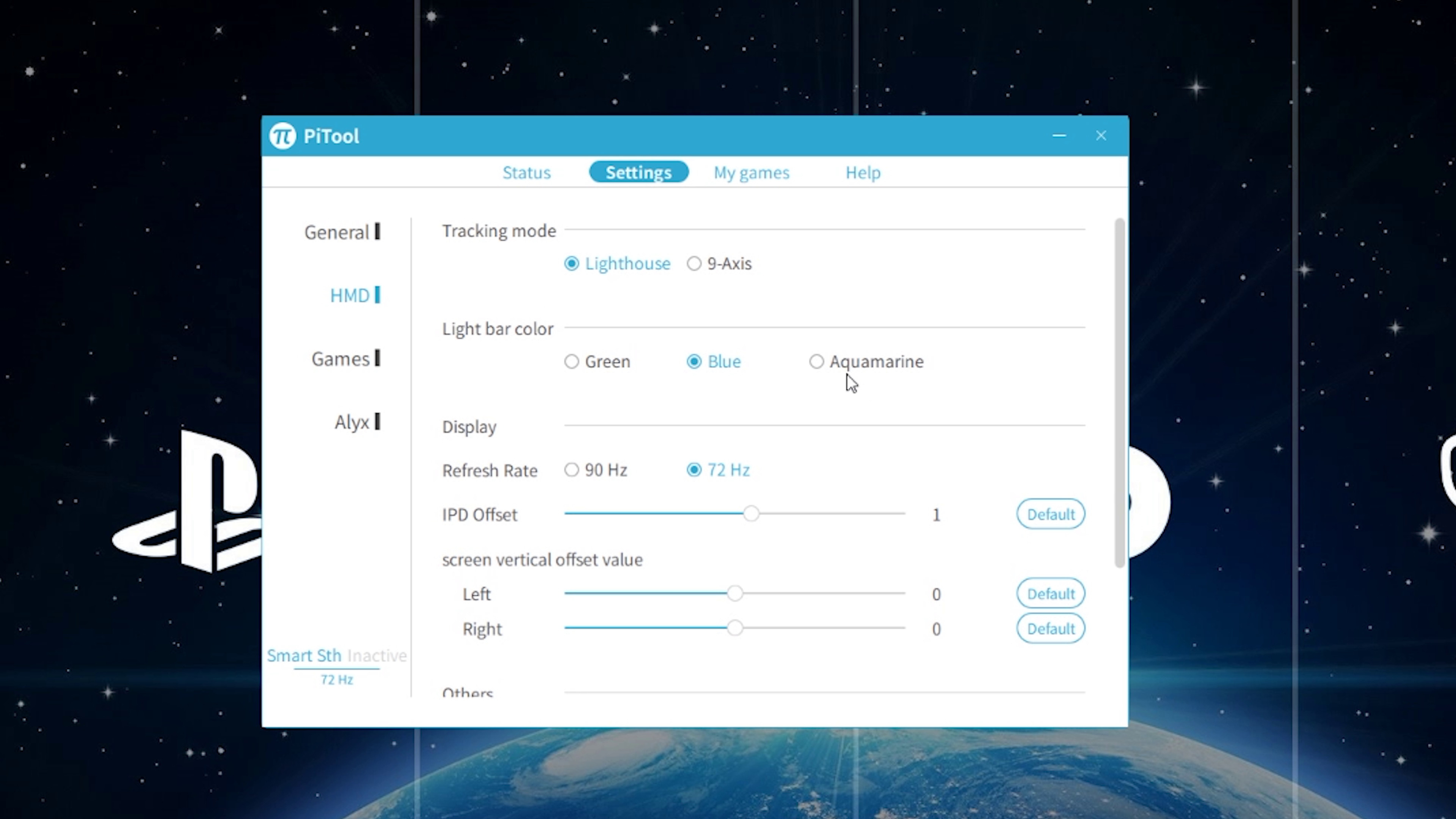 However, the main issue that I had with the screens is that the upscaling algorithm does not work well by default. Render resolution was not exactly two times smaller than the screens, which means it wasn’t exactly - 1 render pixel is taking 4 pixels of screen. If you don’t change config and run the game you can see that objects edges are blurry and fuzzy. In order to confirm that I’ve run Half-Life: Alyx on two PCs - one with connected 8k+, another one with an old 5k+. Also I made sure that render resolution is very close. Results were clear, in 5k+ I can see clear edges of the objects, less fuzziness, even though the screen door effect was clearly more noticeable. I’ve reached out to Pimax and they recommended me to use resolution which would have a common divider with screen resolution or alternatively just upscale render resolution as much as the system allows. Strange advice considering this model was supposed to save computational power of your PC.

Let’s get to the main selling point of Pimax devices - huge FoV (Field of View). The only competitors who achieve something similar are XTAL from VRgeneers and StarVR from Starbreeze and Acer. But both of those devices are not sold to consumers, so most of the time Pimax will be your only option for FoV over 120 degrees. Lenses of the headset haven’t changed much since 5k+, but as I’ve mentioned before, comfort kits face mask made distortions almost disappear on large FoV settings and unnoticeable at all on normal FoV settings. However I’ve mostly been playing on normal settings, due to games not being ready to render all the objects in “large” FoV. You could notice that objects disappear from the screen before they reach the edge of the display, which is quite distracting. 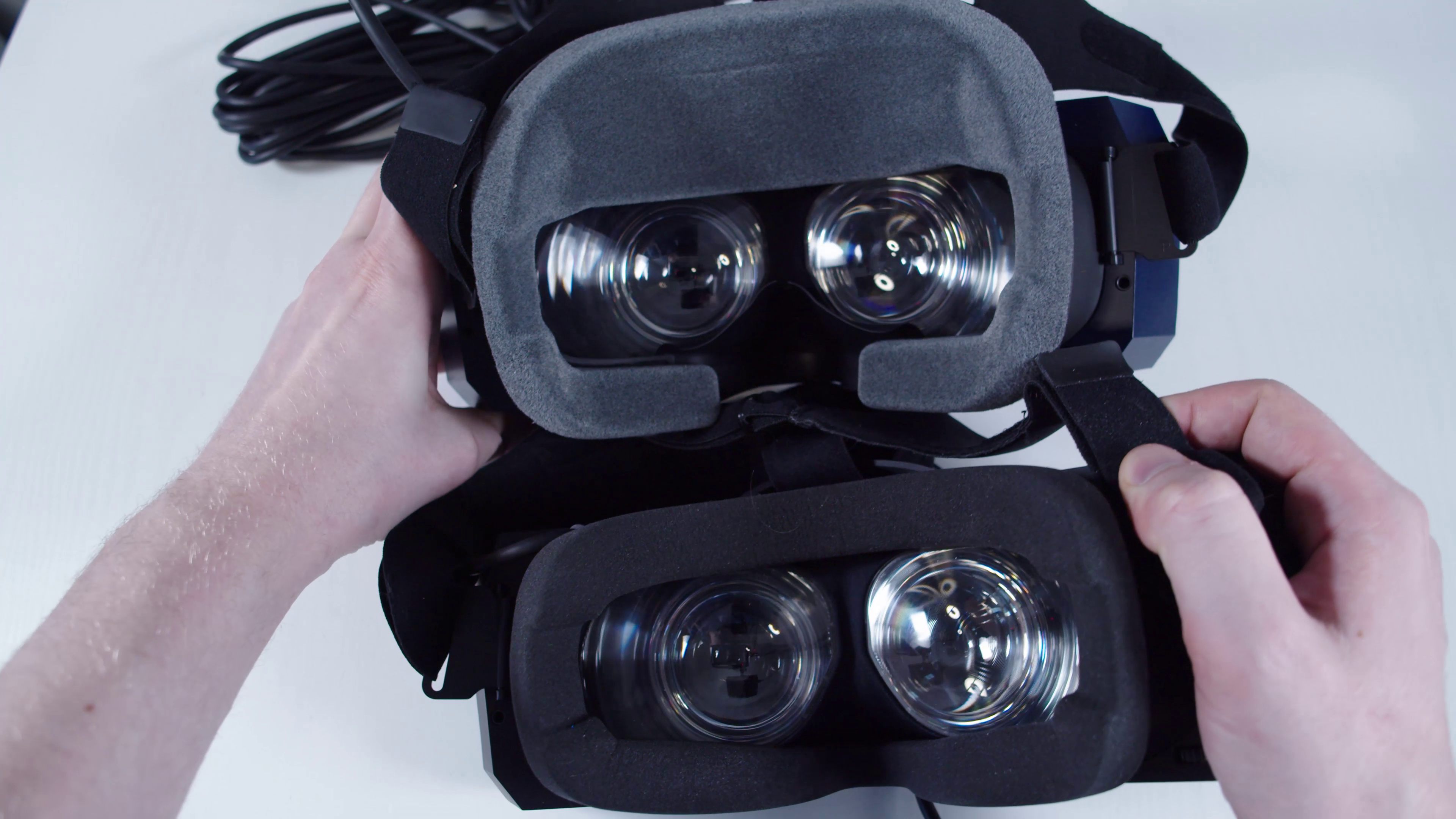 IPD adjustment is always a pain in Pimax headsets, and nothing changed in this model. Complications happen because lenses and screens in Pimax headsets are separated, and move independently. Actually, screens don’t move at all, but you can move an image on the screens. Every other headset manufacturer on the market has sealed chambers for screens and lenses, that way it is ensured that the lens is always pointing at the middle of the screen and the image is properly calibrated, so the user couldn’t feel any discomfort. Pimax is placing this task on the user, which if you are inexperienced, might take you some time to understand.

Let’s imagine a situation when the IPD set in a Pimax headset is not fitting the user. Your obvious move is to adjust lenses, setting the value to your IPD value that you have already measured (let’s say 63 mm). Your first instinct will be to adjust a knob on the headset until it says 63 mm on the screen. But after you’ve done it, you feel like something is wrong. And that happens because the value that you see on the screen is an average between the position of the lenses and position of the images on the screens. The issue is that the human body adopts, and that includes vision. There is a study, where participants would wear glasses that flip image upside down for a few weeks, and already after the first week they have no issues living normal life - their brain adapted to the new way of processing the world. But after they took off their glasses, it took them another week to switch back. Similar thing will happen here, if you force yourself to play on that incorrect setting for some time, after you take off the headset, your vision would be either cross eyed or feeling of exotropia (term for eyes looking slightly outwards). To be honest when this happened to me, I was scared, imagine not being able to focus on the phone that you hold in your hand, instead having double vision. Luckily I’ve only played in the wrong settings for an hour, so I quickly recovered. So how do you find correct settings then?

My method would require you to know your IPD before you begin. You can measure IPD using any piece of paper, there are tons of instructions on how to do it. You use the headset’s knob to set it to the maximum position. Then you adjust the IPD offset of the screens in the software (HMD tab) to the value that would get you to your IPD as close as possible. Now you slowly roll the knob bringing lenses back together, while adjusting value in the software so your IPD would remain the same value. So, at all times, on-screen IPD should be the same as your IPD. Everytime you adjust settings, take a moment, look around the VR room you are at. Move your eyes around. Is the image clear? Do you feel any tension in your eye muscles? Do you have a headache? If you feel anything like that, continue to the next setting. At some point, you will feel like you found the right spot. Try it out, play a round of beat saber, then take the headset off. Do you feel dizzy, is your focus correct? If it’s not, adjust the settings again. 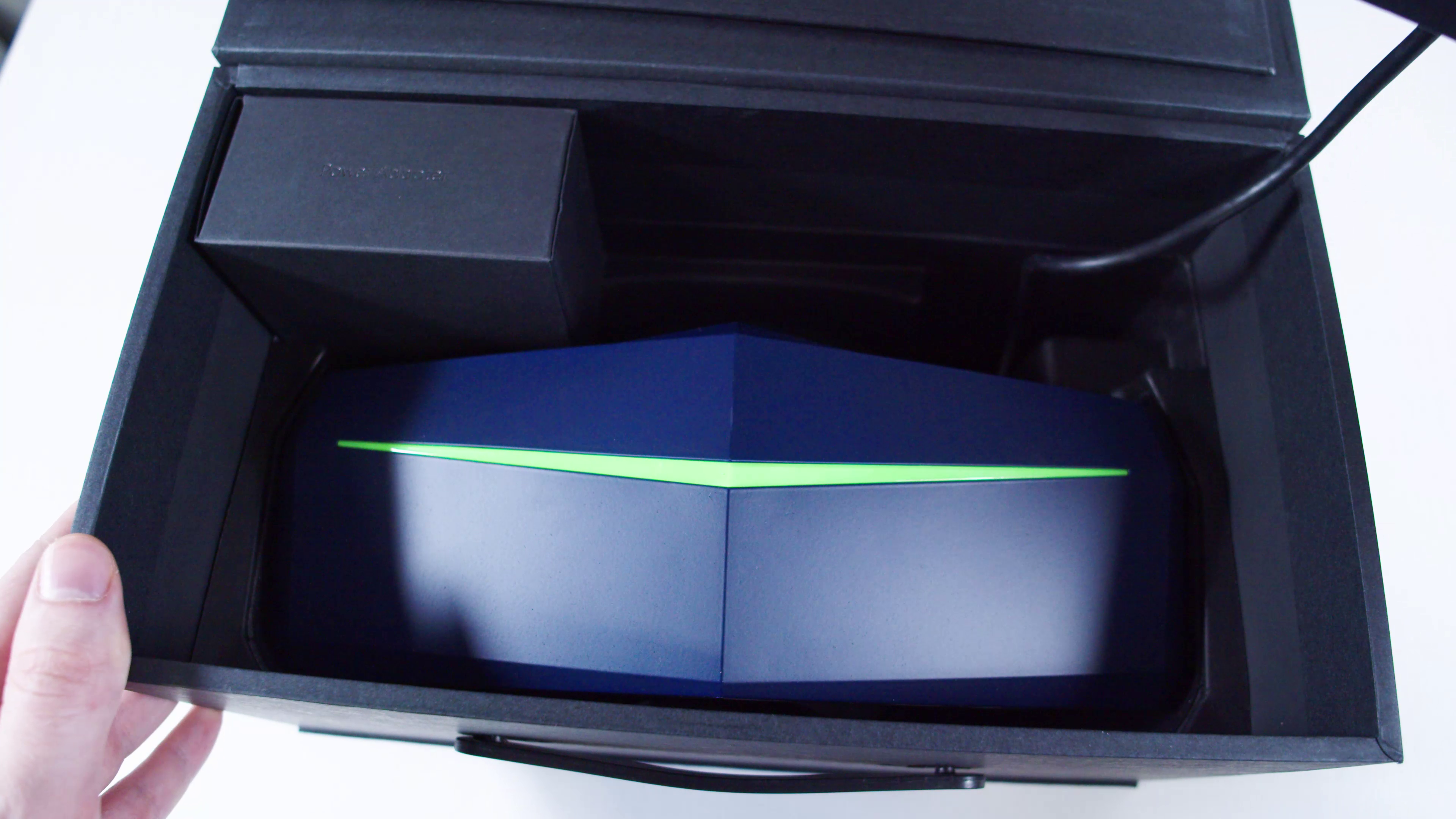 I have to tell the truth, it took me a week of trying different settings until I became completely comfortable in the headset. But when the setting is found - it’s a blessing.

Concluding the review, it is the first time I can really recommend a Pimax headset. In 8k+ most of the issues of the predecessor are gone - cheap plastic has been replaced, face mask is much better quality, distortions are nearly gone (thanks to face mask). Combined with their upcoming Deluxe Audio strap it would be a blast. But I personally look forward to the 8kx model with its native 4k per eye.